To help foster a culture of technological curiosity and leadership in New Hampshire. Specifically around PHP and other web technologies.

I attended college in Boston and continued to live in the boston area for a few years afterwards. While there I was inspired by the community and the passion people had for technology. I was especially affected by Boston PHP, one of if not the largest PHP group in the world with over 3500 members.

When I moved to New Hampshire in 2011 I frequently drove down to Boston for meetups. Southern New Hampshire is a fairly quick drive to Boston. In good traffic I can get into the city in less than an hour. However, not everyone lives on the border like I do and there are a great many technically minded people living in the state.

In 2012 I decided that I would form my own group in New Hampshire and try to capture some of the magic that was part of the Boston technology scene. The response has been overwhelming and the community has been very supportive.

The true measure of the success of an organization is if the foundation is strong enough that it can stand on its own and outlive even its founders. I don't plan on leaving New Hampshire PHP anytime soon but the great community and the volunteers that have helped along the way have built a community that is well beyond what I originally started in 2011. 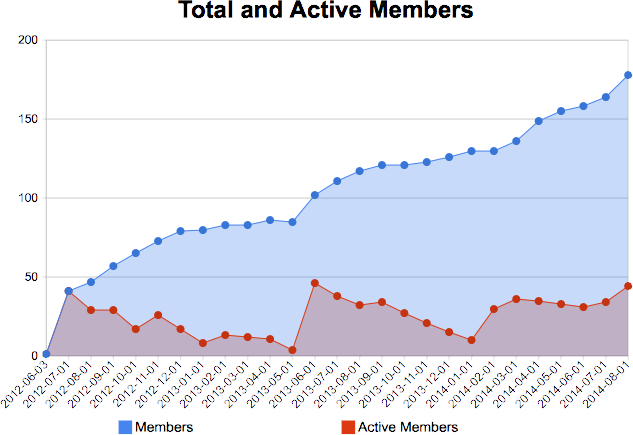 The future goals of New Hampshire PHP are: